Look at this adorable baby kiwi bird that was born this month in New Zealand. It’s thought to be the first white kiwi (normally brown) born in captivity.

… a rare white kiwi chick is seen only days after being hatched on May 22, 2011 in Wellington, New Zealand. The all-white kiwi, named ‘Manukura’ is suspected to be the first white chick born in captivity. The chick is the thirteenth of fourteen baby kiwis hatched at the wildlife centre this season. 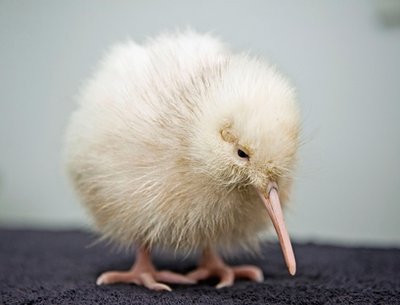 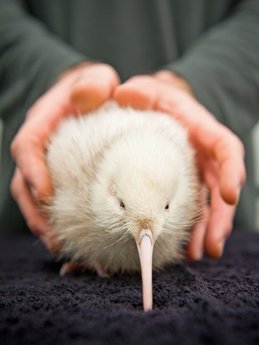 It’s so cute!! I want one! It can ride on my shoulder while I ride my glyptodont.  I will call it Yeti, the Abominable Kiwi.